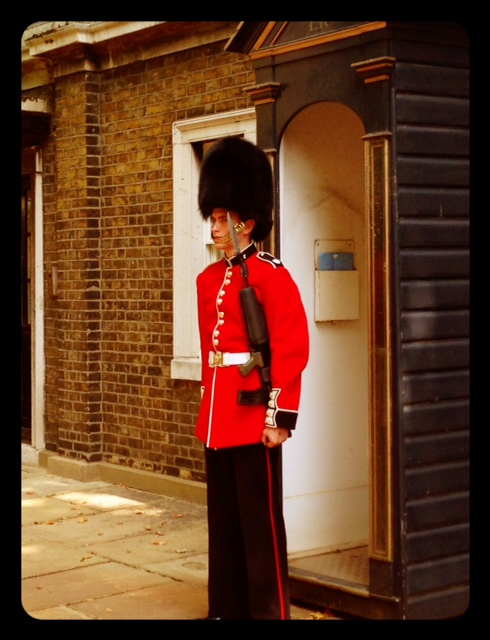 Confession: I was obsessed with British culture and all things London when my 13-year-old self had a raging crush on Prince William. I even did my social studies fair project on him and the modern monarchy (a wonderful excuse to look at pictures of him all in the name of “education”).

My crush faded, I met my real-life prince (sorry, had to), and William of course met his princess (who I’m still determined to go shopping with one of these days). But my love for all things British still remains, which is why it’s odd that I’ve only been to London once–this past Saturday to be exact.

Christopher and I went for my friend’s birthday party at Battersea Park. Yes, I have a friend in London! She was the parallel version of me at Seventeen South Africa when I was an editor at the mag in NYC. We met once and kept in touch all these years (thanks, Facebook!).

Since we were doing a day trip (Oxford is about an hour and a half from London), we had to cram a lot in before we made it to the celebration. We’ll definitely be going back (we bought a pack of six roundtrip bus passes), but for those who only have a short amount of time in London, say on a business trip, here’s what we did in case you want ideas:

1. Free Walking Tour – We went with Sandemans New Europe, a company that Christopher had experienced in Prague and Berlin. They touch on all the highlights of the city (Trafalgar Square, Westminster Abbey, Big Ben, Buckingham Palace, etc.) Our tour guide was awesome and we spent a good three hours exploring. I definitely recommend this as the first thing to do in the city–it’s not only super interesting but helps orient you for the rest of the trip.

2. Changing of the Guard – Our group was able to catch this happening outside St. James’s Palace during the tour. It’s an awesome experience, and I filmed a snippet of it for you guys (the whole thing takes about eight minutes–go here to find out more and when you can see it).


3. Buckingham Palace – My teenage self was freaking out as we walked by the queen’s townhouse. They do give tours of the state rooms and gardens, but we decided to do that another day.

4. The National Gallery – This was my favorite part of the day. The museum gives a free one-hour guided tour to dive into four paintings. I love going to museums, but I’ll totally admit I just don’t know what to look for in the art sometimes. But our guide spent 15 minutes talking through each piece explaining the background and meaning of each. I felt like I was back in a college class (which was surprisingly not a bad feeling).

For those of you who have been to London before, what did we miss? Let us know where we should go next time we visit!