I often feel like I’m walking around Hogwarts when I’m in Oxford. That’s because not only are some of the scenes in Harry Potter inspired by the city, they’ve also been filmed here. My friends Laura and Molly came to visit last weekend, and we tailored a chunk of our famous Pennell-guided walking tour to Laura’s love for HP. For those of you who are fans and are planning a trip to Oxford, be sure to add these sights to your list, too!

Christ Church College
The famous Hogwarts main staircase and landing used in The Philosopher’s Stone and The Chamber of Secrets: 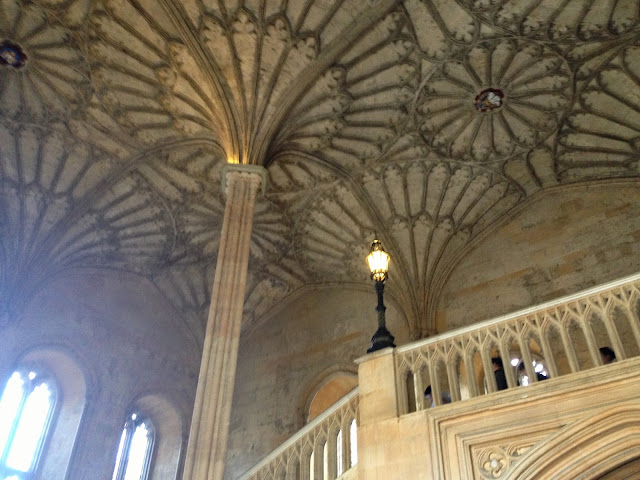 And the Dining Hall was the inspiration for Hogwarts’ Great Hall. Fun fact: they couldn’t film the scenes in here because it could only fit three rows of tables, but they needed four because of the number of houses in the story: 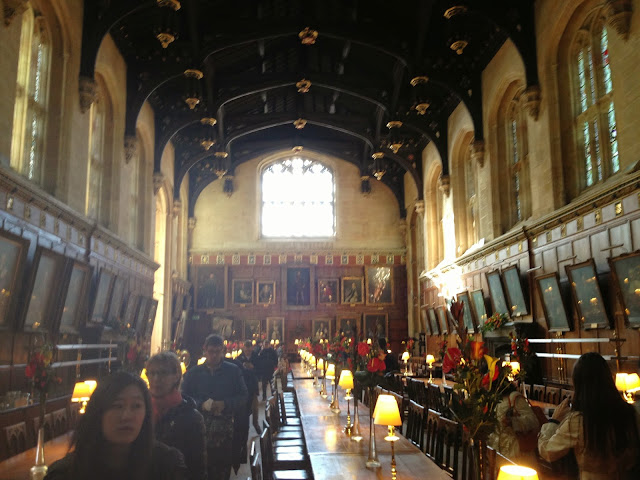 The Divinity School
This intricate room built in 1448 was used as the Hogwarts infirmary in four films. It’s also the place Professor McGonnagal taught students to dance in The Goblet of Fire: 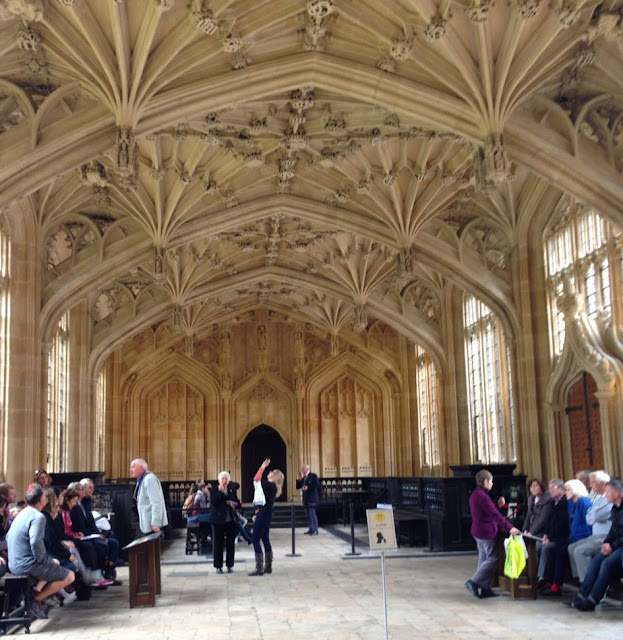 The Duke Humfrey’s Library
This was used as the Hogwarts library and in one of my favorite scenes in the film series where Harry uses the invisibility cloak:

If you’re going to London, there’s plenty of other Harry Potter fun including the Warner Bros. Studio Tour and Platform 9¾ at Kings Cross Station. Our little Laura did it and it’s one of my favorite pictures ever! 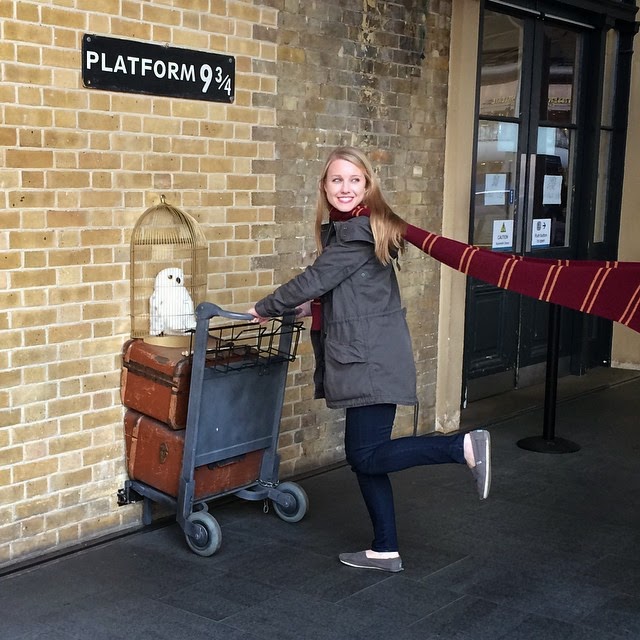 Are you a Harry Potter fan? What’s your favorite scene?