Cell Phone Etiquette Around the World

With Apple’s announcement of the new and improved iPhones yesterday, along with the cool new iWatch, technology is on everyone’s mind. Last night, Christopher and I were trying to watch Criminal Minds (the Netflix options are slim-pickings lately…) but I realized I missed most of the story because I kept checking my phone. I ultimately put it in a far corner of the living room — it sometimes makes me angry at how addicted I am to it.

But is it a universal thing? Does everyone around the world obsess over their new emails and messages (or lack thereof) regularly? While I am in no position to launch a research study on the subject, I did find this cool infographic by Repair Labs that showcases how people use their cell phones in different countries.

In the UK, I’ve noticed the phone etiquette is about the same as in America. Fun fact though, there is one major difference: when you call someone, the ring sounds different. It’s a double ring as opposed to a single one.

Anyway, check out the chart below. I found it pretty interesting! 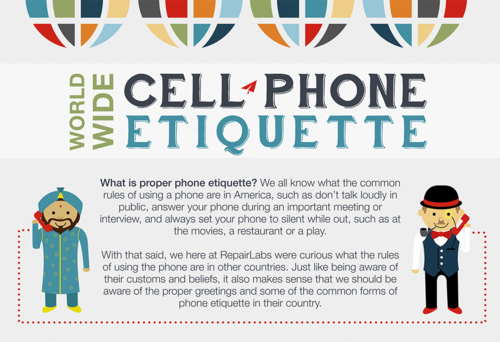 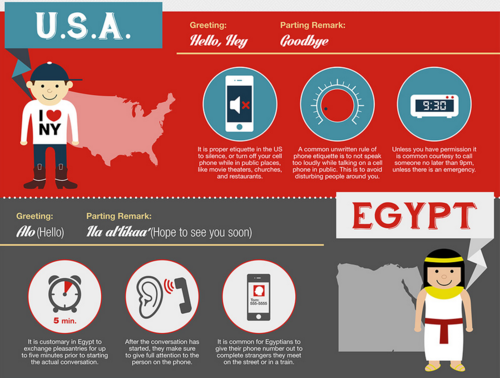 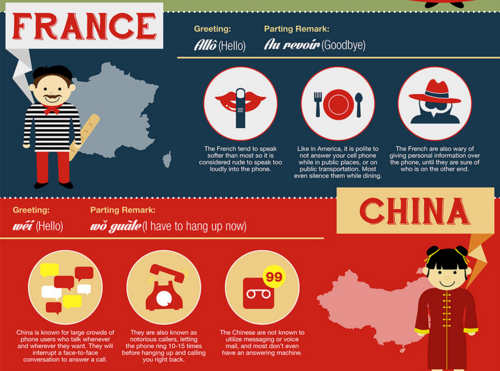 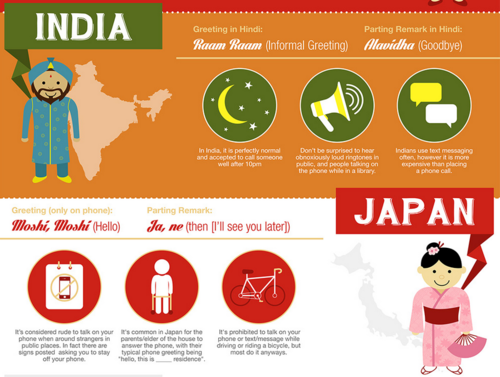 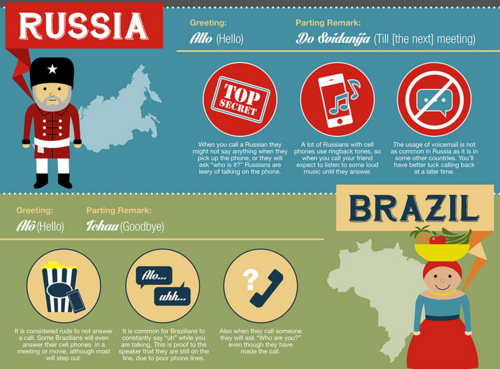 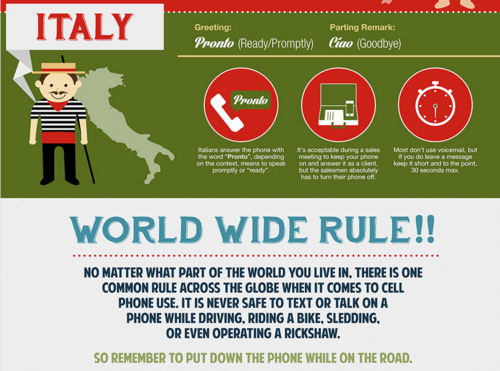 Have you noticed any other unique things about cell phone use in other countries? Tell me in a comment below–I find this stuff fascinating! 🙂
Want to be notified each day a new post goes live? Click here to subscribe to Across The Ponderings!