The Coolest Thing We Did In Barcelona 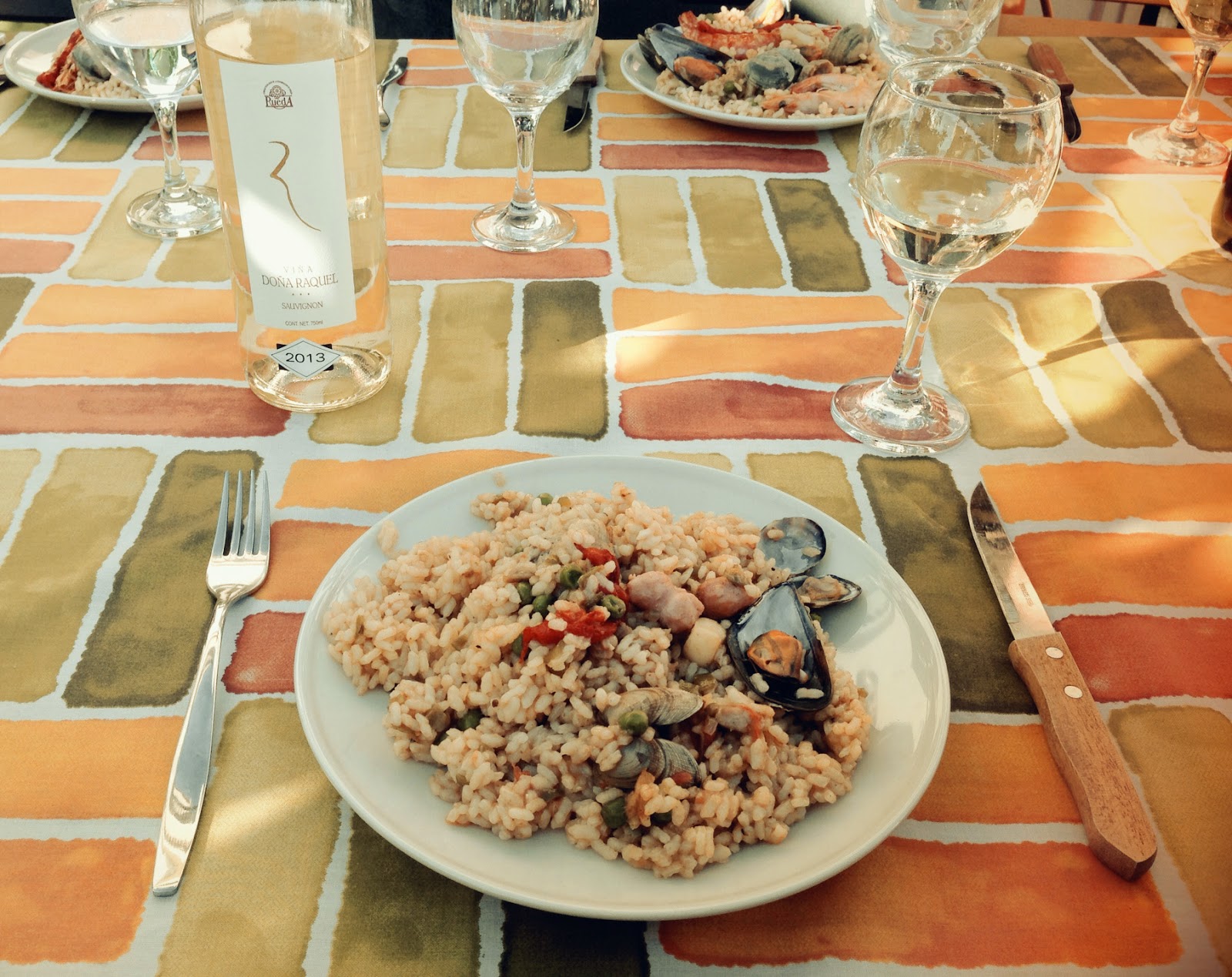 I first heard about EatWith while interviewing a travel blogger for a freelance story I was working on (it’ll be published soon–I’ll share when it is!). The concept’s so cool–it’s like an Airbnb for meals–so I decided to try it out on our trip to Barcelona. Basically, you go to the site, enter the name of the city you’re traveling to, and you’ll find a list of locals offering to cook for you in their home. The fee is small compared to the experience you get. There are even some listings that feature meals with Michelin starred chefs for less than $100.

One of the highest rated hosts in Barcelona was Marta, who runs a very famous paella cooking class out of her apartment. We decided to opt for that one and are so happy we did (although I’m sure the others would have been great too!)

I was kind of nervous right before we arrived–going to a stranger’s house can be a little creepy, but the guy who told me about this ensured it would be safe and said to just embrace it. At the elevator, we met a friendly-looking girl our age who asked if we were going to the class too. And when we arrived, we discovered a whole group of travelers around our age getting to know each other on the terrace.

There was a couple from California who brought their adorable 6-month old girl. I loved their spirit and attitude. It’s like, “yeah, we just had a baby but that won’t stop us from having fun.” I’ve got to remember that down the road…. Then there was another couple from the States who knew each other through their brother and sister who had just gotten married. Three people were on solo trips. How awesome to go on an adventure by yourself?! And one guy brought his parents. We’ll get back to him in a second….

Marta began the class by telling us a little about herself. She’s originally from Barcelona and moved to San Francisco to teach and ended up loving it so much she stayed there for 20 years. When she moved back to Barcelona, she was teaching a vegetarian cooking class when someone asked her if she could teach them how to make paella, thus launching her career as the queen of paella, Spain’s national dish.  The one we were making that day was composed of rice, vegetables, broth, meat and seafood (so a little bit of everything, really….) 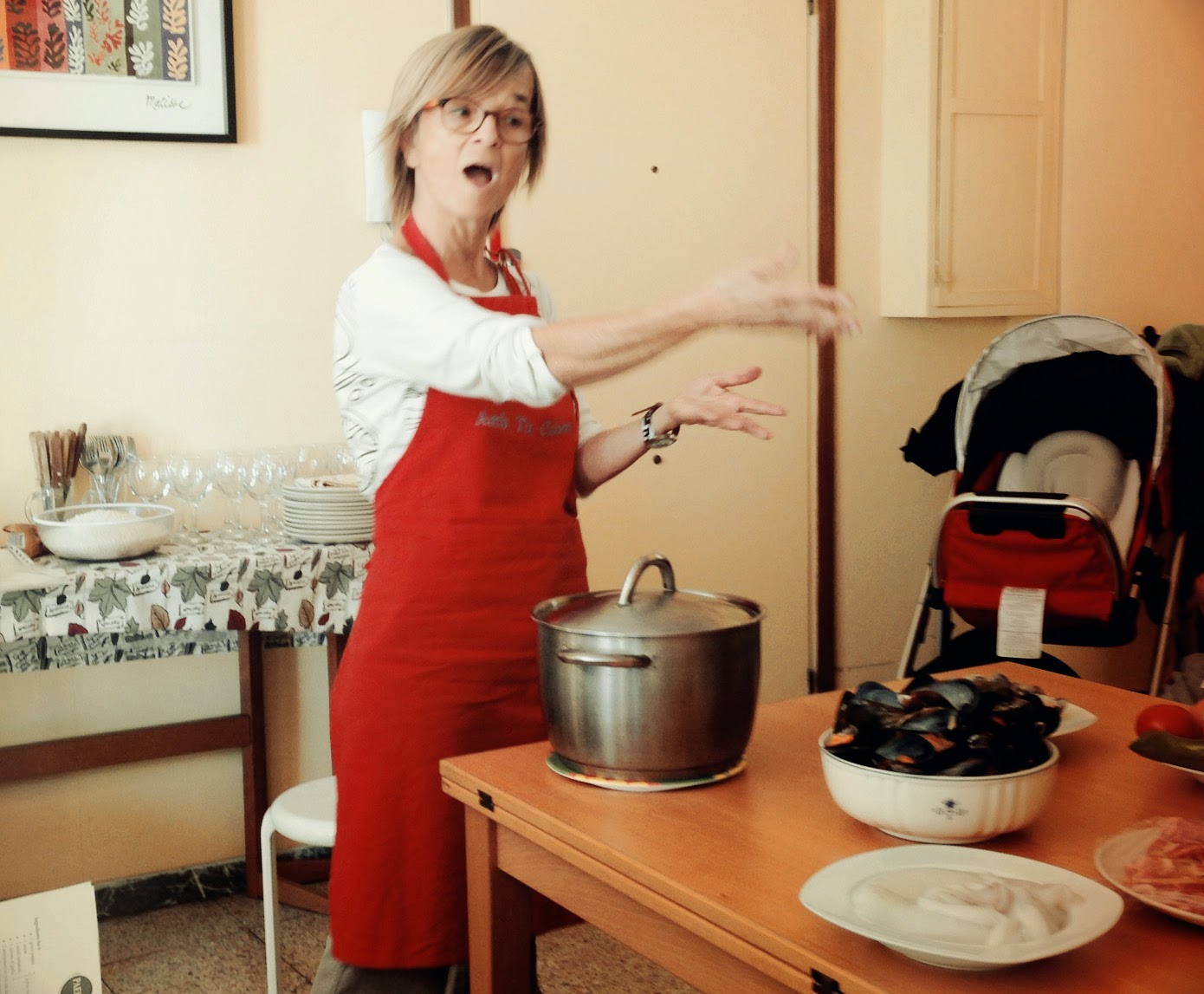 Then, she gave us all a task. I cut the sausage into bite-sized pieces, and Christopher cut the cuttlefish (which is a big deal because he’s not a big fish fan–although, we’re definitely changing that one cooking class at a time.) 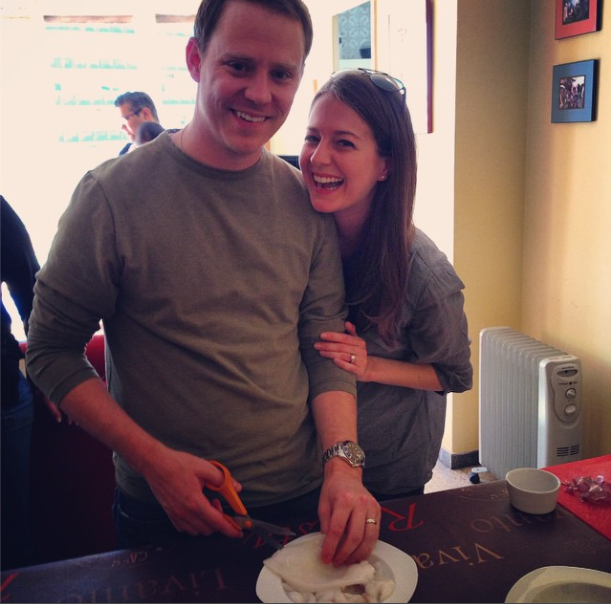 Then we went outside and started cooking on the terrace! 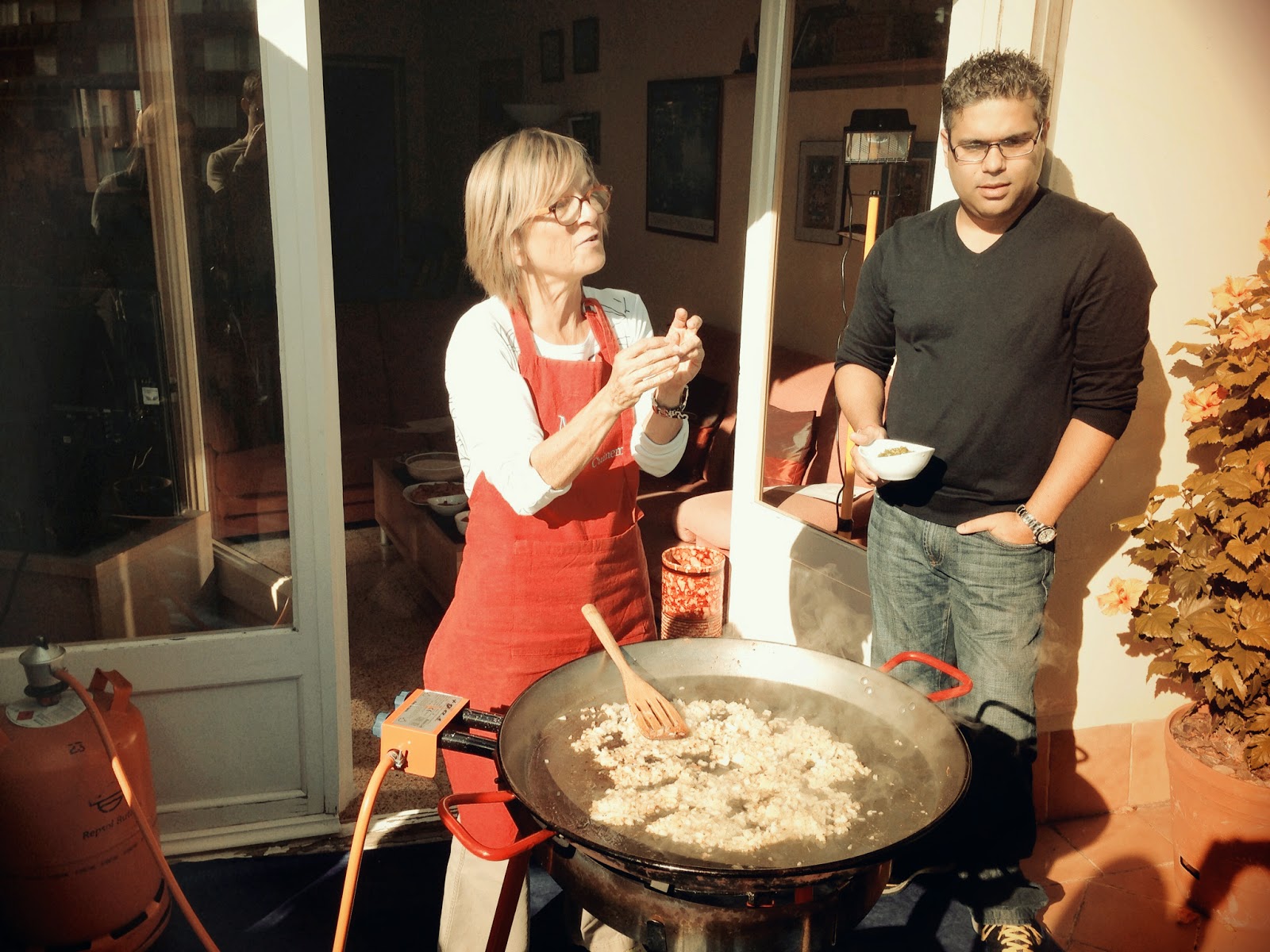 I got to put mussels and clams in the final step! 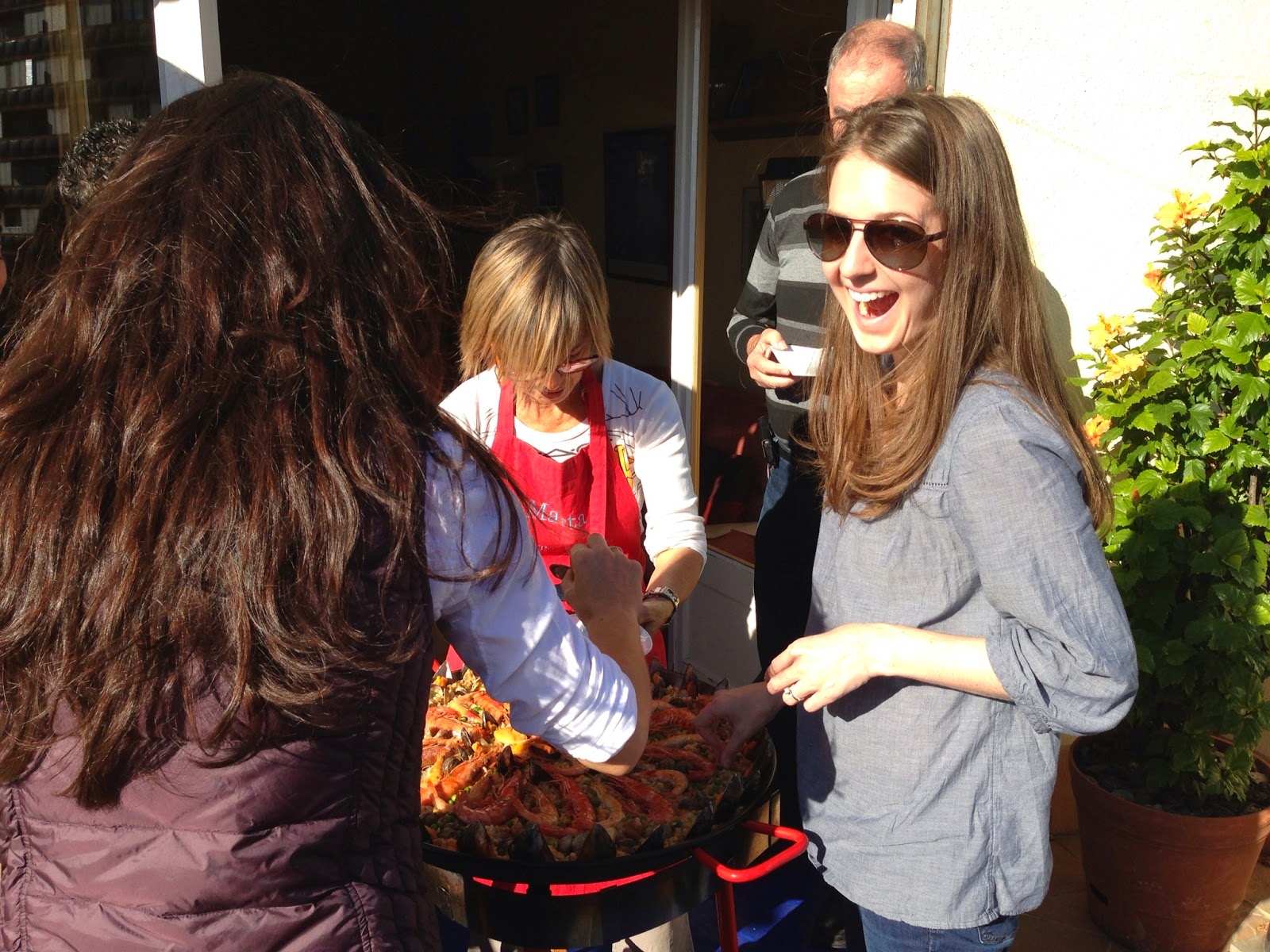 Just look at the gorgeous dish we made as a group! 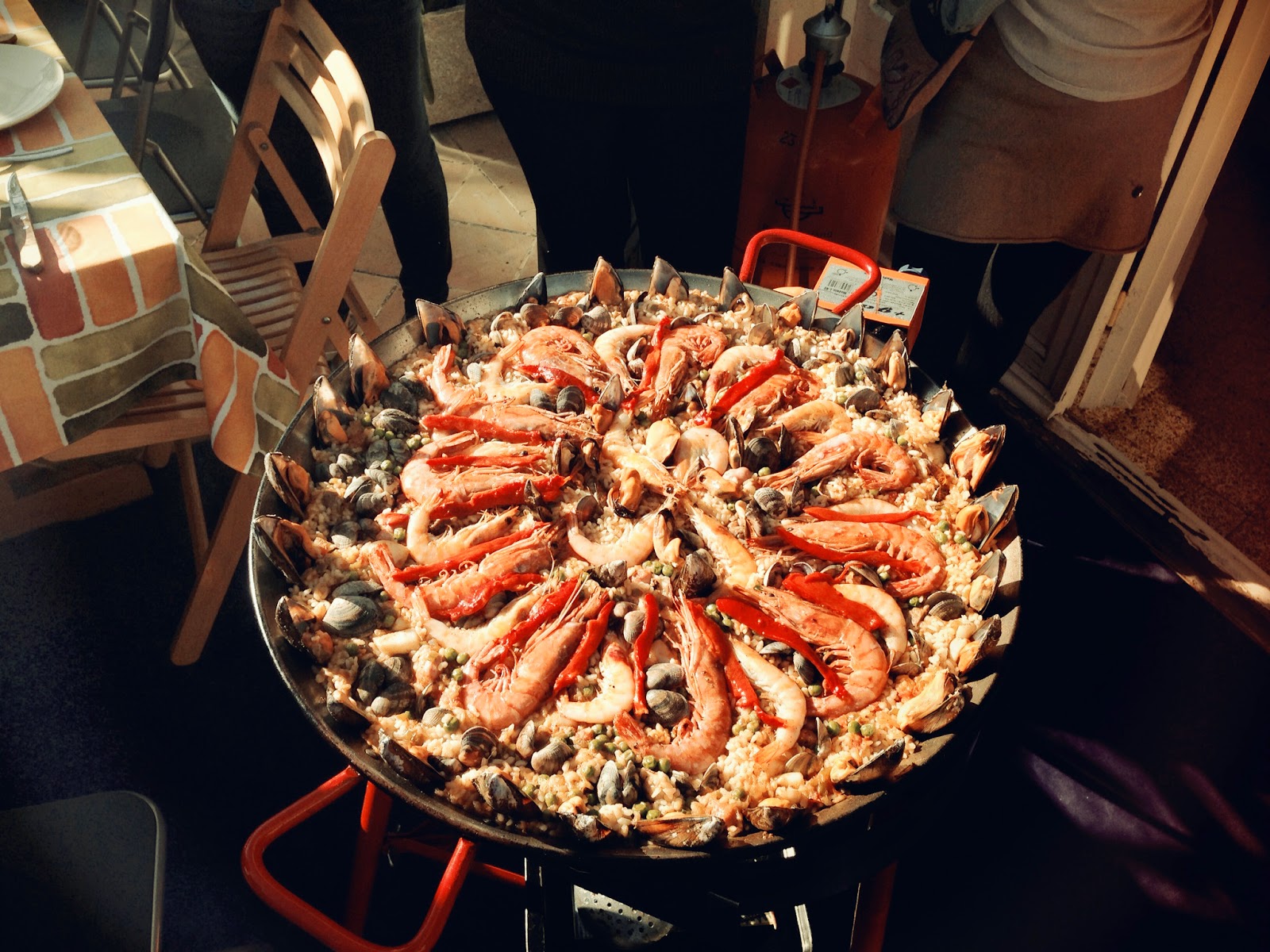 As we all sat down and ate our delicious paella, we got to know each other a little bit more. We talked about our travels and jobs, and I asked the guy who brought his parents what made him move from Israel to San Francisco. “I moved to work at a start-up,” he replied completely unassuming. “Oh, what start-up?” I asked, figuring I probably haven’t heard of it, but I’d keep my eye out for it. “EatWith,” he answered. Yes, we were having a meal with the co-founder of the same site I booked this amazing experience on! How fun is that?!

I highly recommend trying this out if you’re looking for an authentic dining experience on your next trip. Bonus: you might even make new friends while doing it. We actually ended up going out for dinner and seeing an opera/flamenco show that night with six other people from the class! Memories that will last a lifetime. Thanks, Shemer and Marta!

Check out the video below of Shemer and his co-founder Guy explaining more about EatWith on Bloomberg TV:


Would you ever do something like this on your next trip?