The Purchase That Changed Our Lives (In England) 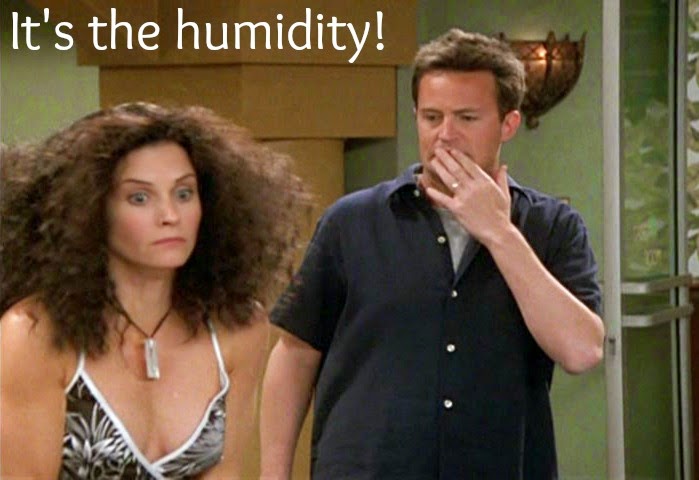 For a girl who grew up in Louisiana, you’d think I’d be used to humidity, but I think England’s got the bayou state beat. As I’m writing this at 8:30 am, it’s 90 percent humidity outside according to weather.com. Tonight, it will be 97 percent. Any more and we’ll be able to swim in the air.

But the worst part about this kind of humidity is how it likes to creep into our apartment and make everything feel cold and damp. The bathroom doesn’t have a vent so once you take a shower in the morning, the walls are wet for the rest of the day. When you do laundry and put your clothes on drying racks in the living room (because the dryers here don’t actually dry your clothes), it can take up to two days for them to dry. And my favorite (not): getting in bed at night and feeling the damp sheets. It’s disgusting.

We’re definitely not the only ones with this problem. Christopher’s coworkers say this is something everyone in Oxford deals with. And, we were at dinner the other night at our neighbors’ and noticed their apartment was much warmer and less damp than ours. Jealous, I asked them their secret. Greg came out of the bedroom with a jug of water from his dehumidifier and said it was the second time they had emptied the tank that day.

So, we decided to break down and finally buy one of these machines that removes moisture from the air. Thanks to Amazon Prime, we got it the next day. It put us back around $200 (blah), but it was so worth it!

We’ve had it running for less than 12 hours and it’s collected almost two liters of water. TWO LITERS! Can you imagine two liters of water floating around a tiny one-bedroom flat? It’s made all the difference in the world. I couldn’t fathom living here without one for the rest of the year.

So, if you’re planning to move to England, my advice for you: buy a dehumidifier the second you get here. You will thank me later!

Have you ever bought anything that seriously changed your quality of life like this so quickly?