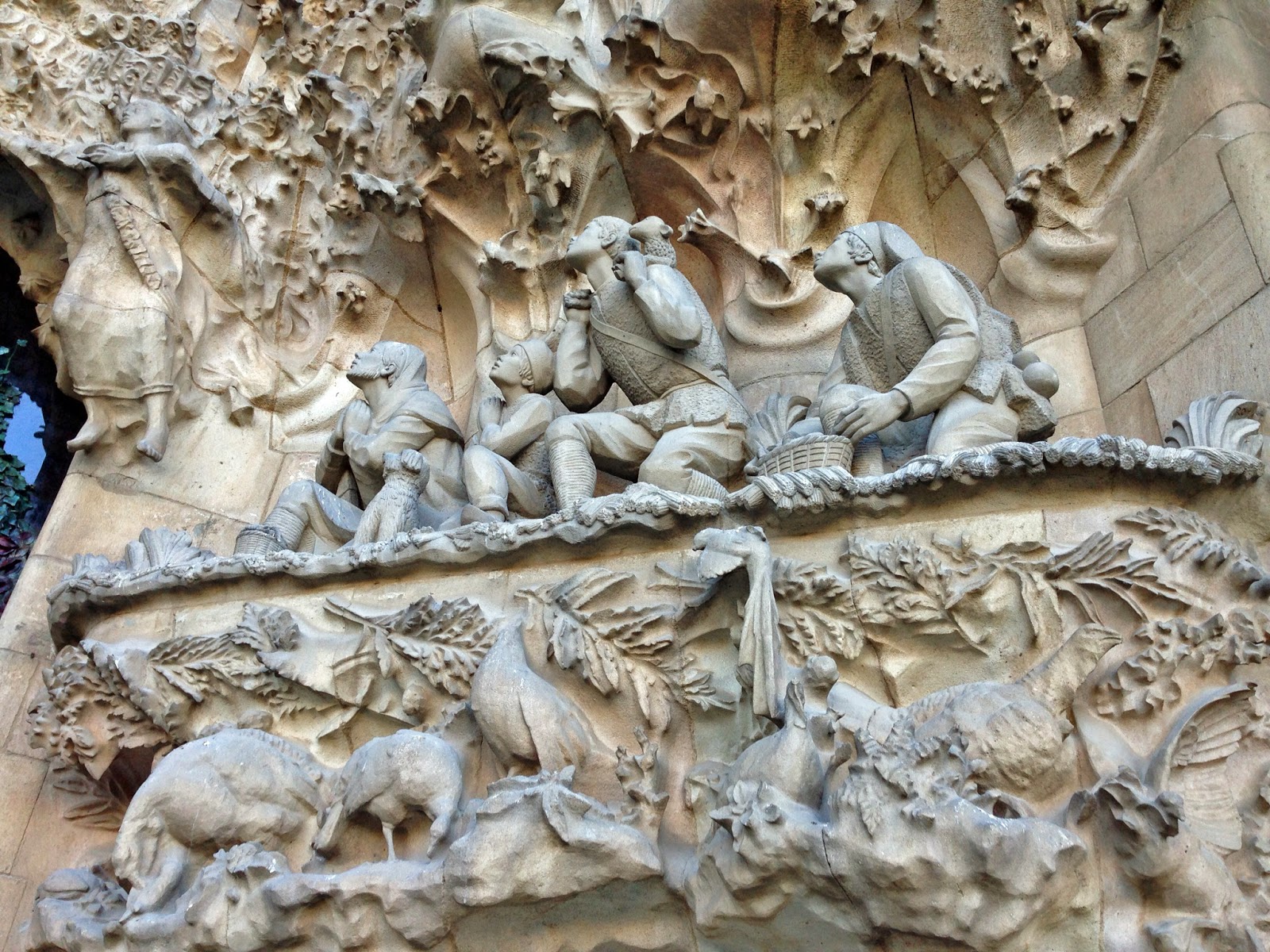 I think I’ve found one of my new favorite cities! This past weekend, Christopher and I jetted off to Barcelona to experience delicious food, beautiful architecture, and the amazing Spanish culture.

First stop: our hotel. We found a great deal at H10 Urquinaona Plaza, a modern hotel located in the heart of Barcelona. We were in walking distance to pretty much every stop on our trip, but also right across the street from the metro when we were too tired to walk back. They greeted us with champagne upon arrival (yes, please!), and we centered ourselves and planned our first day on the terrace overlooking the city.

Our next stop was the Sagrada Familia, the Roman Catholic church designed by famed architect Antoni Gaudí. It’s so massive that they started building it in 1882 and it’s not set to be completed until 2026. This was one of the most amazing places I’ve ever seen.

After a brief siesta at the hotel (hey, when in Rome Barcelona, right?), we ventured into the neighborhood of La Barceloneta (near the beach) and found a cute little tapas restaurant called Jai-Ca which was packed with locals, so we figured it had to be authentic. We perched ourselves up on stools at the bar and enjoyed three whole hours of small plates and vermouth. It was probably one of the best meals/dates we’ve ever had, and it only cost around $40 for the whole night. Highly recommended!

The next day we did THE COOLEST thing ever, but I’m going to save that for another blog post (it deserves its own.) I’ll just say it involved a cooking class, Christopher embracing seafood (which if you know him, that’s huge!), and new friends that we ended up hanging out with that night. More on that later….

After the class, we went to Ciutat Vella (Old City) and tried to go to the Picasso Museum but the line was insane (on Sunday afternoons, admission is free.) So, we just walked around the adorable streets and took it all in.

That night, we attended a flamenco opera at the gorgeous concert hall, Palau de la Musica Catalana. We chose it because all the trip advisors recommending attending a show at this building, and this one was happening while we were there. It was such a cool experience. The flamenco dancers had me so jealous of their moves. Here’s a video of the company we saw (although some of the singers and dancers had changed):

On our last day, we headed to the Boqueria Market in the neighborhood of Las Ramblas. It was a Monday and since no one really works on Sundays, there was hardly any seafood available. But, it was still filled with tons of delicious looking food like fresh fruits and vegetables, spices, meat, and eggs.

I definitely want to go back to Barcelona and spend more time there one day. Have you ever been? What was your favorite part? If I didn’t get to it this time, I’ll add it to my list for next time!