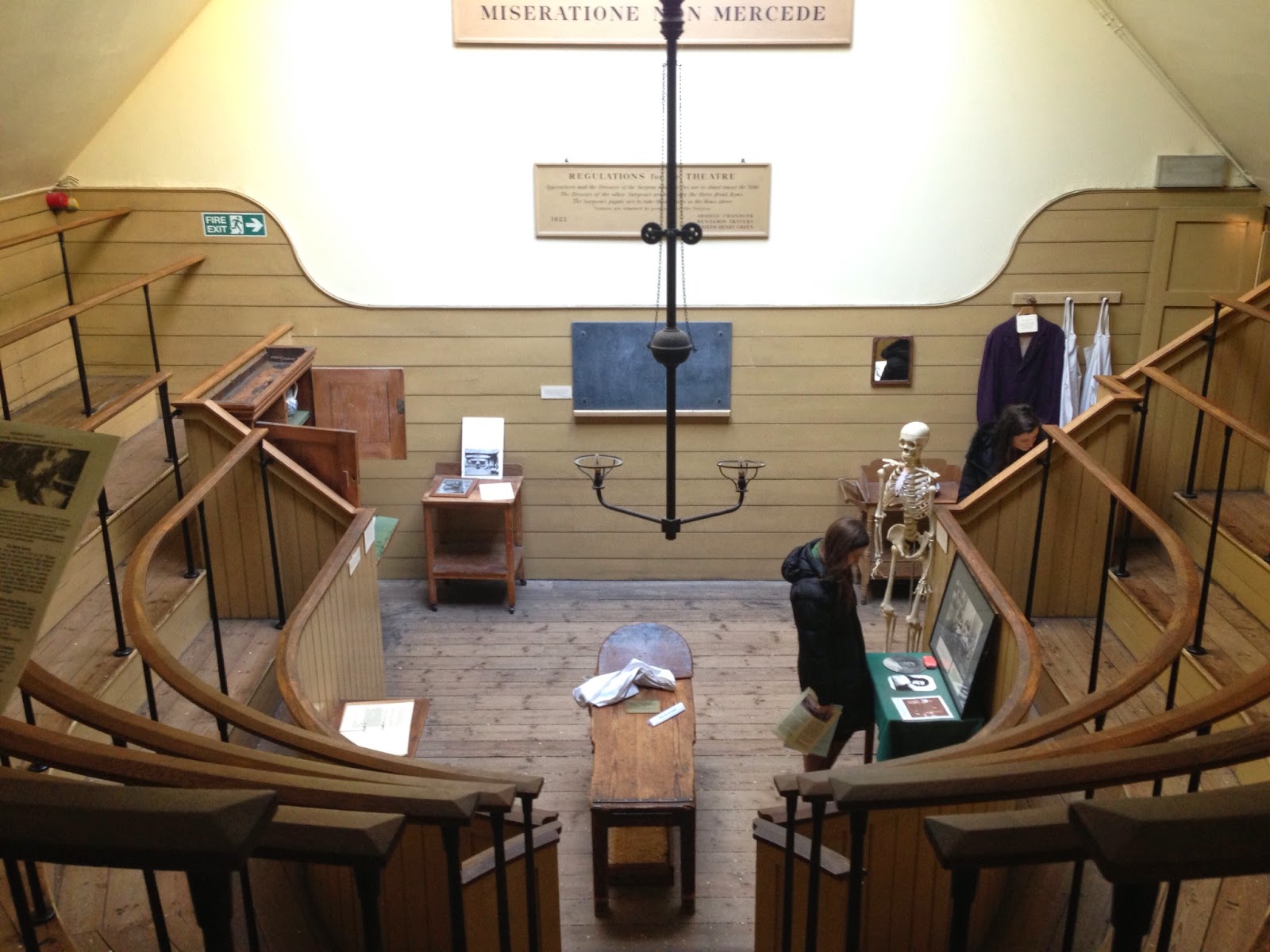 For someone who shudders at the thought of blood and can’t stand talking about anything medical, I think it’s pretty ironic that I ended up marrying a surgeon. When we read before bed (because yes, we’re old), I’ll be engaged in something by Judy Blume while he’s engrossed in something called The History of Blood and Guts (probably not the exact title but I swear it was something like that last week…) Often times he’ll interrupt my reading with, “Do you know how they used to [insert something medical here]?” And the answer usually causes a vile reaction on my end.

So, naturally, when I told him I was taking him to London to celebrate his birthday last weekend, his only request was that we go to the Old Operating Theatre. All I know about this place is that it’s where they used to do surgery without anesthetics (so, ew), but everyone knows you can’t say no to the birthday boy.

After our walk around Portobello Market, we headed near the London Bridge to check it out. It’s one of the oldest in Europe and is housed in the Herb Garret of St. Thomas Church. It used to be part of the old St. Thomas Hospital.

Visitors have to enter a super narrow spiral staircase that seems like it’s never ending, especially when you’re surrounded by people in front of and behind you and you’re claustrophobic. I wondered if that’s how patients had to enter and exit the building (because coming out of surgery and having to do this would be pretty uncomfortable), but there was another entrance that they went through thank goodness.

The first room you entered once you made it into the museum was the roof of the church, and it smelled delicious since it was filled with herbs. The space was used by St. Thomas’ Apothecary to store and cure herbs.

This display of an old amputation set kind of made me want to faint at first, but then I just became super thankful that medicine has come such a long way since then. This was before they even knew what germs were so doctors would do operations without gloves and with dirty hands. Could you even imagine?!

A boy in his element:

And finally, we made our way into the old operating room. Check out the table the patient would lay on during the operation!

As much as I cringe at the thought of medical operations, I have to admit this was pretty cool, if not just for seeing how excited Christopher got as he walked through it.

Think you can handle it? Here’s the info if you find yourself in London. Want to check it out for yourself, but can’t make it across the pond? Click here to take the virtual tour.